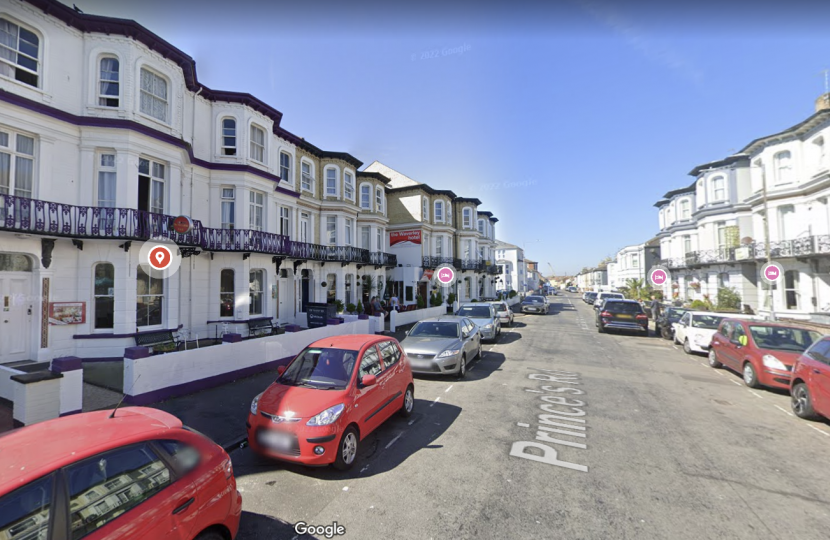 Local Member of Parliament, Brandon Lewis, has stepped up pressure on the Home Office with his opposition to the use of tourist hotels in Great Yarmouth to house asylum seekers whilst their claims are processed. The fiercely critical intervention follows news that the Home Office iplanned to use another hotel, the Villa Rose Hotel on Prince’s Road, for temporary asylum accommodation.

“I am disappointed that the Home Office is blindly pushing on with the policy of using hotels in tourism areas to house asylum seekers. We’ve already seen other hotels used for this purpose despite opposition from myself, the Borough Council, and many others,” says Brandon

“I’ve previously supported the council’s legal action to block hotels being repurposed as asylum hostels, as this use is detrimental to our tourism economy. And I will continue to support them if they pursue further legal measures. It saddens me that the council must resort to such action to protect the interests of local businesses and residents.”

Brandon recently tabled a series of questions in Parliament asking the Home Secretary about the impact of hotel conversion on community cohesion and tourism areas. Following this new announcement, Brandon has written to the Home Secretary highlighting the lack of engagement with the Borough Council, describing the decision as another “done deal” without any discussion.

“This is further evidence that officials are unconcerned about the wider impact their decisions are having on local neighbourhoods, and in particular the tourism economy in Great Yarmouth. I’ve asked the Home Secretary for an urgent meeting to discuss this matter and remind her of the commitment that she has given to end the use of tourist hotels to house asylum seekers.”