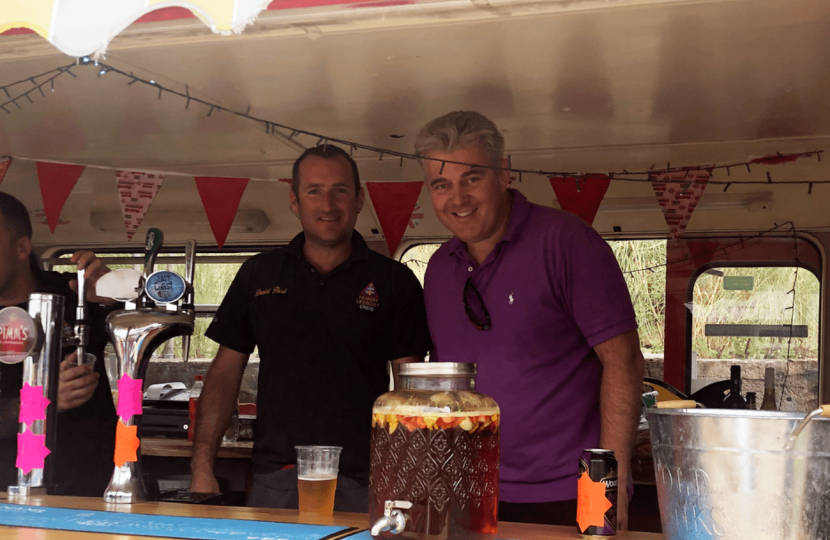 The constituency comprises the main towns of Great Yarmouth and Gorleston-on-Sea, which lie either side of the mouth of the River Yare. In addition, there are twenty-one surrounding parishes that stretch from the small hamlets of East and West Somerton in the north of the constituency, down to Hopton-on-Sea on the Norfolk-Suffolk border. The Great Yarmouth area has been represented in the House of Commons since the 13th Century.

The constituency has a rich heritage, with the area frequently raided and later settled by the Vikings, this is celebrated during the annual Viking Festival in Hemsby. The Romans arrived in the first-century AD when they established a fort and naval base in Caister-on-Sea.

Being a coastal constituency the area has strong links to the sea, a famous local name being Lord Nelson and during the 18th century there was a thriving herring industry. Caister-on-Sea is home to the only offshore lifeboat in the United Kingdom that operates independently of the RNLI. Standing anywhere along the coast it is difficult to miss the thirty 2-megawatt wind turbines located just over a mile-and-a-half offshore on the Scroby Sandbank, they are a well known attraction and can be seen for many miles inland across the flat Norfolk countryside.

The watery links stretch inland as well, with the constituency encompassing part of the world famous Broads National Park with its rich variety of wildlife and wide range of recreational opportunities.

Great Yarmouth is probably most famous for being a seaside resort, being the second largest in the country after Blackpool. The holiday resorts stretch along the coast either side of the town and the area still remains a popular destination for British holidaymakers, with millions of visitors each year. Ever since the North Sea oil and gas boom, the town has had an important off-shore sector servicing the oil and gas platforms and with a drive towards alternative energy sources many companies are looking to grow the local economy with the future renewable energy opportunities.