Setting out what Brexit means 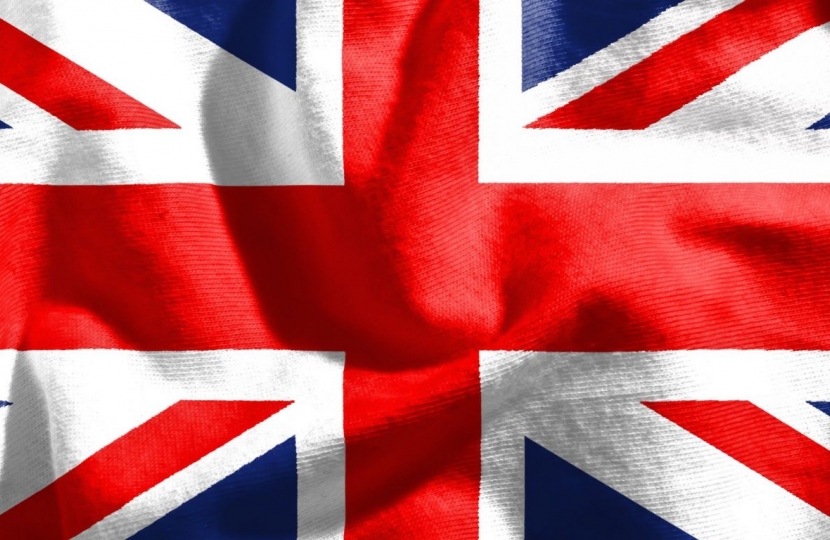 Many of my constituents have contacted me regarding what will happen as the Government starts negotiating Britain’s withdrawal from the European Union. The Prime Minister made clear this week that the referendum vote last June was about something more than simply leaving the European Union. It was a vote for change: to make Britain stronger and fairer – restoring national self-determination while becoming even more global and international in action and spirit. And while it was a vote to leave the EU, it was not a vote to leave Europe – we want to continue to be reliable partners, willing allies and close friends with European countries.

So in that spirit, we are not seeking partial membership of the EU, associate membership, or anything that leaves us half-in, half-out. We do not seek to adopt a model already enjoyed by other countries or hold on to bits of membership as we leave.
We seek a new and equal partnership – between an independent, self-governing, Global Britain and our friends and allies in the EU. It remains firmly in Britain’s national interest that the EU should succeed after we have left.

As we negotiate that partnership, we will be driven by some simple principles: we will provide as much certainty and clarity as we can at every stage. And we will take this opportunity to make Britain stronger, to make Britain fairer, and to build a more Global Britain too.

The Government has 12 objectives which I detail below. These amount to one big goal: a new, positive and constructive partnership between Britain and the European Union:

1. Certainty: whenever we can, we will provide it. And we can confirm today that the Government will put the final deal that is agreed between the UK and EU to a vote in both Houses of Parliament.

5. Control of immigration: the message from the public before and during the referendum campaign was clear: Brexit must mean control of the number of people who come to Britain from Europe. We will continue to attract the brightest and the best to work or study in Britain but there must be control.

6. Rights for EU nationals in Britain, and British nationals in the EU: we want to guarantee these rights as early as we can. We have told other EU leaders that we can offer EU nationals here this certainty, as long as this is reciprocated for British citizens in EU countries.

7. Protect workers’ rights: as we translate the body of European law into our domestic regulations, we will ensure that workers’ rights are fully protected and maintained.

8. Free trade with European markets: as a priority we will pursue a bold and ambitious Free Trade Agreement with the European Union. This agreement should allow for the freest possible trade in goods and services between Britain and EU member states. It cannot though mean membership of the EU’s Single Market. That would mean complying with European Court of Justice rulings, free movement and other EU rules and regulations without having a vote on what those rules and regulations are. And because we will no longer be members of the Single Market, we will not be required to contribute huge sums to the EU budget. If we contribute to some specific EU programmes that we wish to participate in, it will be for us to decide.

9. New trade agreements with other countries: it is time for Britain to become a global trading nation, striking trade agreements around the world. Through the Common Commercial Policy and the Common External Tariff, full Customs Union membership prevents us from doing this – but we do want to have a customs agreement with the EU and have an open mind on how we achieve this end.

10. The best place for science and innovation: we will continue to collaborate with our European partners on major science, research and technology initiatives.

11. Co-operation in the fight against crime and terrorism: we want our future relationship with the EU to include practical arrangements on matters of law enforcement and intelligence.

12. A smooth, orderly Brexit: we want to have reached an agreement about our future partnership by the time the two-year Article 50 process has concluded. From that point onwards, we expect a phased process of implementation. We will work to avoid a disruptive cliff-edge.

While Britain wants to remain a good friend and neighbour to Europe, we know there are some voices calling for a punitive deal. However, we are clear that getting no deal for Britain is better than a bad deal for Britain.

This is because we would still be able to trade with Europe. We would be free to strike trade deals across the world. And we would have the freedom to set the competitive tax rates and embrace the policies that would attract the world’s best companies and biggest investors to Britain. And – if we were excluded from accessing the Single Market – we would be free to change the basis of Britain’s economic model. But for the EU, it would mean new barriers to trade with one of the biggest economies in the world.

The Government is confident though that this scenario never need arise and we are sure that positive agreement can be reached. We are confident that we will follow a better path because of the shared values and spirit of goodwill that exists on both sides; because it is the economically rational thing for both Britain and the EU; and because co-operation is needed not just when it comes to trade but when it comes to security too.

Labour have been clear that getting control of immigration and our laws isn’t a priority –they’ve also threatened to block Article 50 in Parliament and said they are keeping their options open on a second referendum.

Despite saying they would accept the results of the referendum, the Liberal Democrats are now trying to overturn it and, if they fail, want us to accept the worst of all worlds – membership of the single market, with no control over its rules and regulations and no control over immigration.

The SNP are trying to turn the process of Brexit into a reason why Scotland should be independent – despite effectively campaigning to leave the EU during the Scottish referendum in 2014.

And UKIP are on their third leader since last June – they have contributed nothing to this process.

Now we have set out the detailed objectives for leaving the EU, it is up to these other parties to tell us whether they back our plan to get the right deal for Britain or reject it.