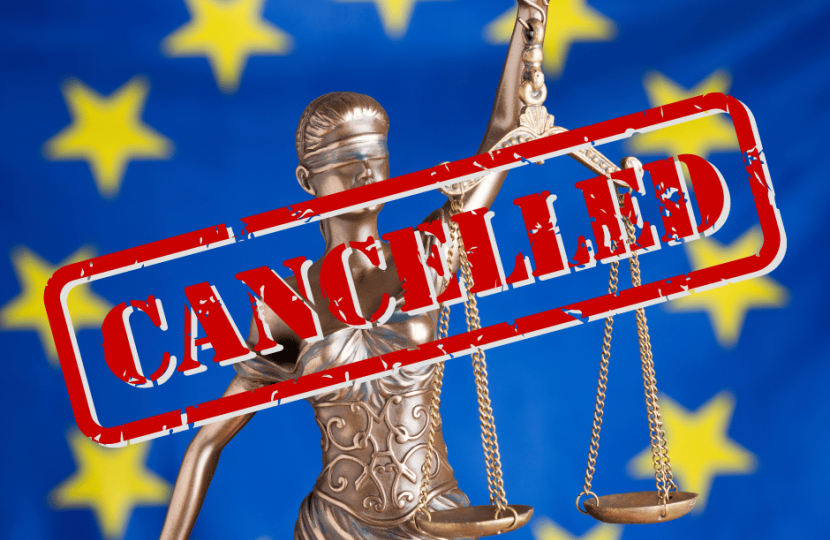 Today the last remaining stages of an important piece of legislation, to revoke unwanted pieces of EU law and make sure British laws have priority, will be debated in the House of Commons. In doing so, it is a vital stage in delivering the outcome of the EU referendum, whilst seizing the opportunities that Brexit provides.

Disentangling decades of bureaucratic interference from Brussels was always going to be a complicated and at times lengthy task. It requires careful law-making so that we can avoid unnecessary challenges from those still unable to accept the referendum result challenging the Government in the courts.

Critics will claim that is a dangerous move allowing hundreds of EU laws to expire automatically at the end of the year. The Labour Party is pushing for the deadline to be pushed back to 2026. That’s crazy and unnecessarily prolongs the influence that the EU has over our everyday lives.

Safeguards are in place to preserve environmental standards and workers’ rights. There were many sensible regulations and rules, with which successive governments had no issue.  The Government identified more than 2,400 laws that were copied into UK law to provide continuity and avoid disruption to businesses when we officially left at the beginning of 2020.

Overall, once passed it will mean that our laws and regulations best fit our country’s needs rather than an amalgamation of issues across many European countries. Once again, I will vote today in the House of Commons to finally get Brexit done.