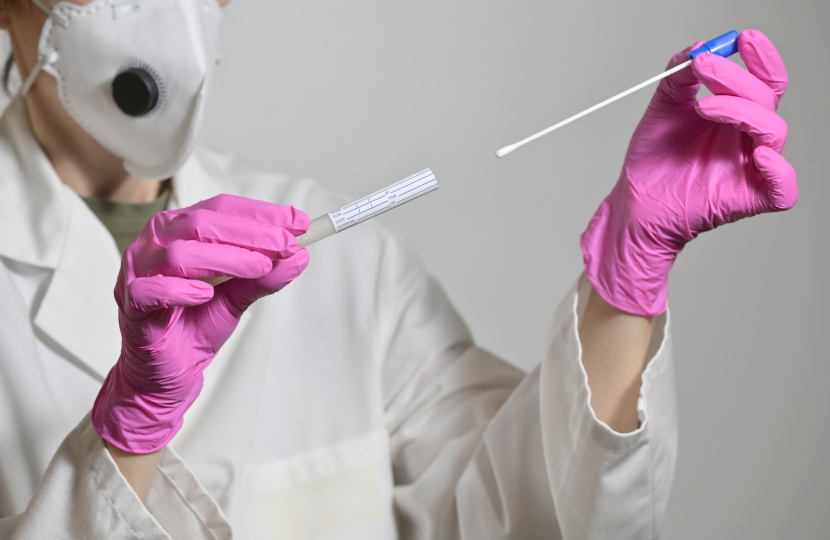 The Government is fully aware of the importance of testing as many people as possible. They are rapidly increasing the number of tests that are carried out throughout the country, with the goal of carrying out 100,000 tests a day by end of the month, including 25,000 tests a day for both patients and staff in the NHS.

As I am sure you can appreciate, the priority is to make sure that those tests are being used on the people who need them the most.

NHS STAFF: The Government is expanding testing to critical NHS staff, and their families, to help ensure they can stay in work if they test negative, and to get them back to work as quickly as possible if they have symptoms. Once widespread testing is available, it will test critical NHS staff and other critical key workers repeatedly, including some weekly, to keep them safe and ensure they do not spread the virus. As we ramp up we will expand testing to all NHS staff, and critical key workers, then to all key workers, and then to the whole population.

TEST FOR INDIVIDUALS: The overriding aim is to save lives, protect the most vulnerable and relieve pressure on the NHS. It is not necessary, or indeed sensible, to test everyone in the country, because, as the medical experts have advised, the majority of people with the virus will have only mild symptoms. It is therefore far better to prioritise those most at risks, such as patients in critical care and NHS staff when deciding who to test first. In time, as our testing capacity expands, the Government hopes to roll out more testing to the community, in particular those tests which are able to tell if someone has already had the virus and is immune. This will help to get people back to work and life back to normal.

It goes without saying that as we expand our testing capability, the number of people who can have those tests will also expand – but the priority must remain all patients in critical care or being admitted to hospitals for pneumonia, acute respiratory distress syndrome or flu-like illness