Why I am backing the Brexit Deal 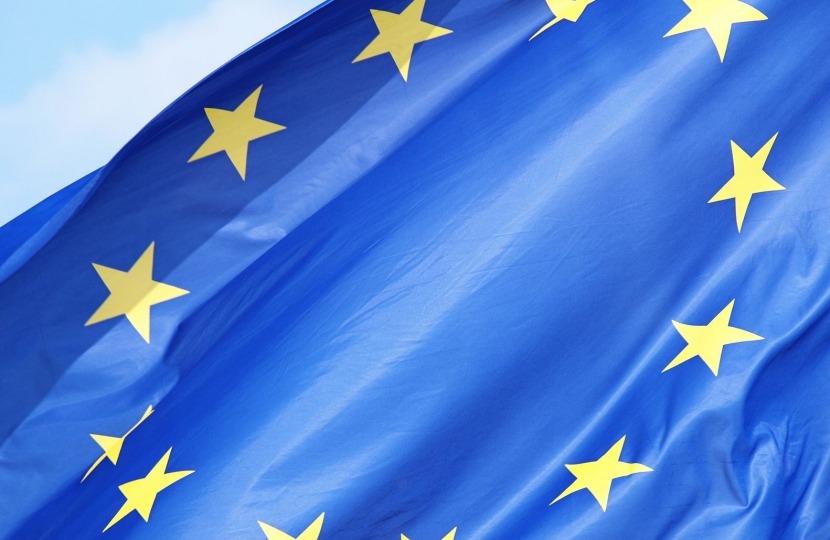 UPDATE – Why I am backing the Brexit Deal

The Prime Minister has listened to the concerns of MPs in Parliament and made the decision to delay the vote on the Brexit Deal until mid-January so that she can have further discussions with her European counterparts and seek reassurances on the backstop.

Those who disagree with that approach should remember the risk of other alternatives. :

MPs must remember the democratic decision, made by the British people in 2016, and deliver Brexit. I will be voting in favour of the Brexit deal when it comes to Parliament in January.

Statement from the Rt Hon Brandon Lewis MP regarding the draft Withdrawal Agreement between the UK Government and the European Union:

I want to start by making it clear that as a democrat, I support the outcome of the referendum on the UK leaving the European Union. There will not be another vote on the UK's membership of the EU or on the final deal reached between the UK and the EU. The British people have already voted to leave the EU and we will be doing so on 29 March 2019.

Since June 2016 the Government has spent thousands of hours negotiating a good deal for Britain that regains control of our money, our borders and our laws.

The Prime Minister has now agreed that Brexit deal with the other 27 EU nations.

I represent the magnificent coastal constituency of Great Yarmouth, where 72 per cent of voters backed Leave in the EU referendum – one of the highest Leave votes in the country. They were clear about their primary motivation – they believed that the UK, and no one else, should be able to choose who could come to live in our country. When talking to local people one clear theme emerged – they want an end to the free movement of people, which they believe was introduced without public debate and consent.

This deal delivers an end to free movement. We will be able to introduce a new skills-based immigration system, open to talent from around the world. We can adapt our system to the needs of our economy, ensuring we get the high-skilled workers our economy needs, protecting jobs and wages. Naysayers maintained we would never agree this with the EU, but we did it.

The Brexit deal also means much more than this. Many Conservatives argued passionately that the Brexit vote was about so much more than gaining control of our borders – it would allow us to chart a new course for ourselves in the world. We could stop sending vast amounts of money to the EU, end the jurisdiction of the European Court of Justice and make our own laws in our own Parliament. All this has been achieved.

We will leave the Common Agricultural Policy. We will leave the Common Fisheries Policy and become an independent coastal state again. We will take control of our own waters and access will be negotiated on an annual basis in line with international precedents. In doing so, we will ensure that our fishermen will have once again have a fair share of the catch

And vitally, we will be able to strike trade deals with other countries around the world. Importantly, though our political union will come to an end, our mutually beneficial trading relationship will continue. We will have a free trade area with the EU, with no tariffs, fees, or quantitative restrictions across all sectors, helping to protect UK jobs. We will be the only major economy in the world with such a relationship with the EU.

The deal ends free movement once and for all. It will protect jobs and strike ambitious trade agreements around the world. The Prime Minister has my full support and I will be voting in favour of the deal when it comes to Parliament in January.