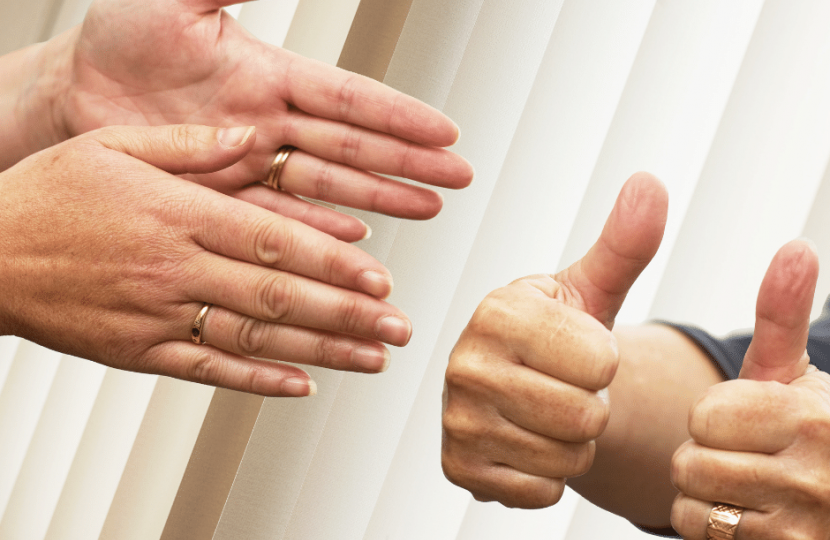 Many constituents have contacted me about the British Sign Language Bill introduced by the backbench MP Rosie Cooper. I am delighted my colleague, Chloe Smith, as Minister for Disabled People, Health and Work has confirmed Government support for the bill.

Although private members bills often raise important issues only a few become law because of the complexities of parliamentary procedure. With government support it is likely this proposed legislation will reach the statute book. British Sign Language is a distinct indigenous language - it has slang words and dialects - with over 151,000 people using the language in the UK. It has been in use in our country for hundreds of years and continues to evolve. Rosie's proposals will grant BSL recognition as an official language, with the same status as Welsh, Gaelic, Cornish.

The bill will create a requirement for Government departments to outline how they will accommodate and use BSL in their work. As well as supporting this new legislation the Government intends to go further by working to increase the number of British Sign Language interpreters and reviewing the Access to Work scheme, which funds workplace adjustments, to ensure users of British Sign Language receive the support they need.

As Strictly Come Dancing winner, Rose Ayling-Ellis puts it "I’m backing [the Bill] because this is my language. The fact that my country doesn’t see it that way is really sad and means we don’t get the respect we deserve, and the language deserves." That's why I'm hoping the bill will receive parliamentary support and receive the recognition it, and its speakers, deserve.