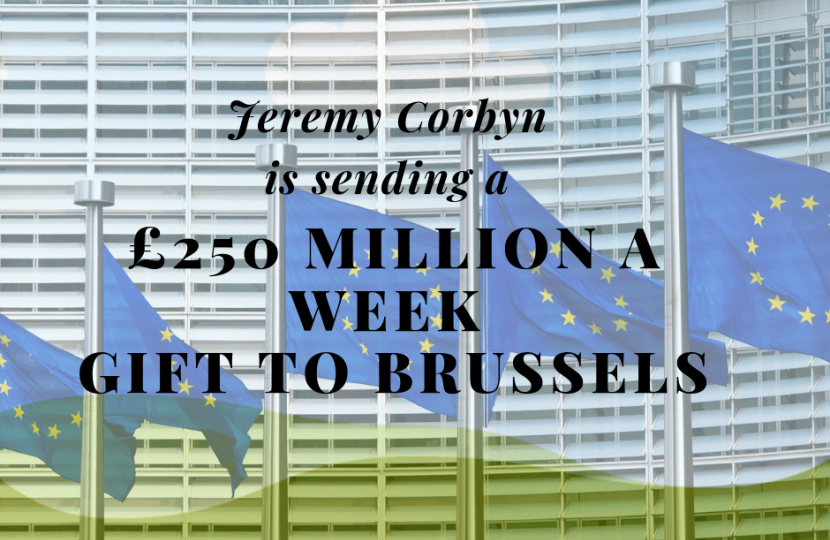 In the early hours of this morning, we saw extraordinary scenes in the House of Commons. Labour and SNP MPs played silly childish games presenting Parliament as nothing better than a pantomime. It was a shameful display.

Last night, Jeremy Corbyn proved again that he doesn’t trust the people, refusing to back a general election to let the people decide. Labour’s Surrender Act means more pointless delay and handing over £250 million a week to Brussels for no purpose. We want to spend that money on improving the NHS rather than more dither and uncertainty.

Over the last week, I’ve continued to support Boris Johnson in his efforts to make sure we leave the European Union on 31 October. I voted against Labour’s Surrender Act that ties the government hands and puts a block in the way of our departure. And I’ve voted twice to allow you, the residents of Great Yarmouth, to have a say in a General Election.

We will press on with negotiating a deal, while preparing to leave without one by 31 October. The Prime Minister will go to the European Council on 17 October and will strive to get an agreement in the national interest.

Labour cannot hide from the British people forever. The moment will come when the people will finally get the chance to deliver their verdict on how politicians executed their wishes. I am determined that they will see it was Boris Johnson and the Conservatives who were on their side.