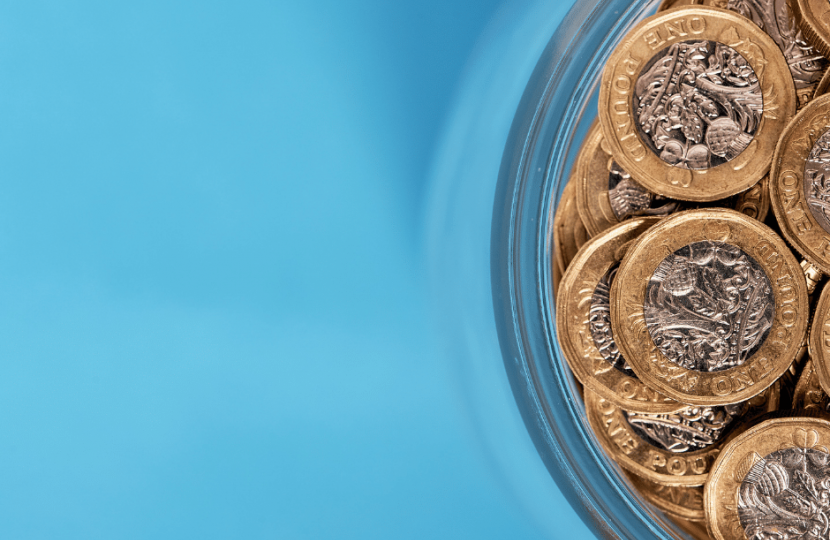 Today, the Chancellor announced his new Tax Plan to reduce and reform taxes across the United Kingdom – tackling the cost of living and incentivising private sector-led growth.

People in Great Yarmouth will benefit from the Conservative Government’s plan to deliver on the biggest cut to personal taxes in over a quarter of a century.

The IMF said the UK had the fastest growing economy in the G7 last year – today’s announcement from the Chancellor, Rishi Sunak, seeks to remain responsible on public spending and public finances to protect and increase this growth whilst helping families with the cost of living.

Measures set out by the Chancellor include reducing and reforming taxes by:

Slashing fuel duty by 5p for twelve months, delivering a £5 billion tax cut for drivers. Together with the fuel duty freeze, this will save car drivers £100, van drivers £200, and HGV drivers £1,500 this year, coming into effect immediately from 6 pm this evening, across the United Kingdom.

Raising the National Insurance personal threshold from £9,500 to £12,570 from July, delivering the largest increase in a starting personal tax threshold in British history. This is equivalent to a £6 billion tax cut for nearly 30 million workers and worth over £330 a year starting in July, across the entire United Kingdom. This is the largest single personal tax cut in a decade.

Helping people keep more of what they earn by cutting the basic rate of income tax to 19 pence in 2024, delivering a tax cut worth £5 billion for over 30 million workers, pensioners, and savers – only the second income tax cut in two decades and the first income tax cut for 16 years. This will be worth around £175 for a typical taxpayer.

Doubling the existing Household Support Fund to £1 billion, delivering an additional £500 million to the Household Support Fund. This helps the most vulnerable families with the cost of living. The fund is distributed through local authorities in England, who have discretion over exactly how the funding is used. This is expected to benefit 3 to 4 million vulnerable households.

The situation in Ukraine reminds us that the United Kingdom’s security and ability to be a force of good in the world is in large part based on the strength of our economy.

That is why this Government is going further to strengthen our economy, publishing a new Tax Plan to reduce and reform taxes – including cutting fuel duty, cutting the basic rate of Income Tax and cutting National Insurance for 30 million working people – meaning people can keep more of what they earn.

This Tax Plan delivers the biggest cut to personal taxes in over a quarter of a century – simplifying our system in the long-term whilst we deliver immediate relief for cost-of-living pressures.”

“It is only because this Conservative Government is taking the tough but responsible decisions that we can announce taxes are being cut and debt is falling.

“Today’s new Tax Plan will help families with the cost of living, create the conditions for private sector-led growth, and share the proceeds of growth fairly.

“We are delivering the biggest net cut to personal taxes in over a quarter of a century, and that is only possible because of the disciplined approach to public spending that only a Conservative government can provide.”

Levelling-up is a phrase you hear all the time on the news or read about in the newspapers. It’s central to the Government’s political agenda, based on the manifesto commitments given at the last General Election.