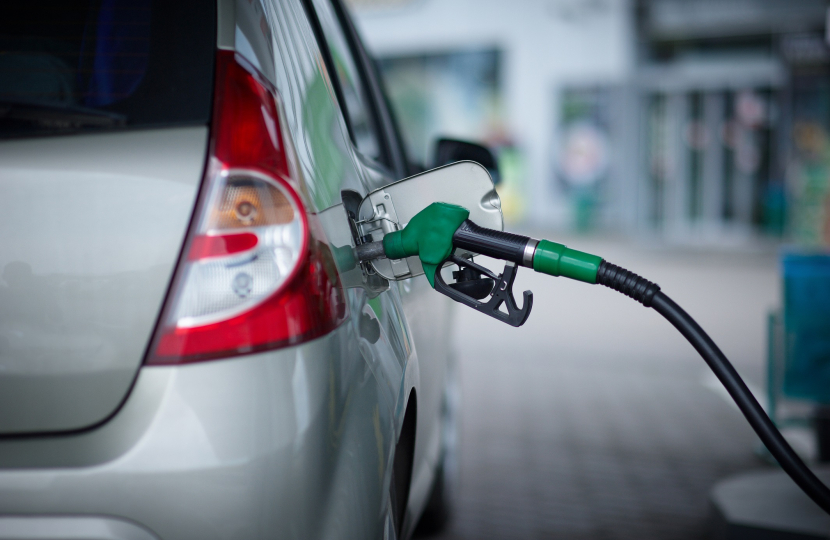 When I was first elected in 2010, we had experienced year-after-year of automatic increases in the price of petrol and diesel as the Labour Government, under Blair and Brown, accelerated the fuel duty escalator.

One of the first campaigns I backed in Parliament was Fair Fuel UK’s demands to end the automatic yearly increases in the tax on fuel. The then Chancellor of Exchequer, George Osborne, listened to the views of Conservative MPs as to how this would help motorists and businesses across the country. The fuel duty escalator was scrapped and as a result, we’ve saved households hundreds of pounds each year ever since.

However, one of the current factors in the increased cost of living is the extra fuel costs. These don’t just affect normal motorists but have a major impact on transport, delivery, and logistics with a knock-on increase in prices in the shops. Higher oil prices are exacerbated by Russia’s invasion of Ukraine sending pump prices to stratospheric levels.  Petrol is 22p per litre higher than back in January. That’s £11 extra to fill up an average family car.

Ahead of tomorrow’s Autumn Statement, along with many other colleagues, I’ve called on the Chancellor of the Exchequer to confirm at least a continuation of the current freeze in fuel duty. I think he should go further by announcing a cut in fuel duty to ease the cost-of-living pressures on household budgets and to help stimulate economic growth. I know the Chancellor is faced with many difficult decisions but a cut in the pump price will help households in the Great Yarmouth constituency and across the country.